How I started Travelling

Most of the times there is nothing holding you back from doing what you like except yourself. Either you are lazy or you are scared. For me it was culmination of the factors most important one being scared of convincing my family.

Exploring India as a family

It would be wrong to say I started travelling recently as my parents loved to take us to places within India- We visited all the cities in my state TamilNadu. I visited many cities in South India and during my undergraduate years we as a family even visited North Indian states and witnessed the epic Taj mahal and the astonishing golden temple in Amrister. My parents became every comfortable travelling as a family but were very strict about me travelling with friends or alone.

My first long trip with friends 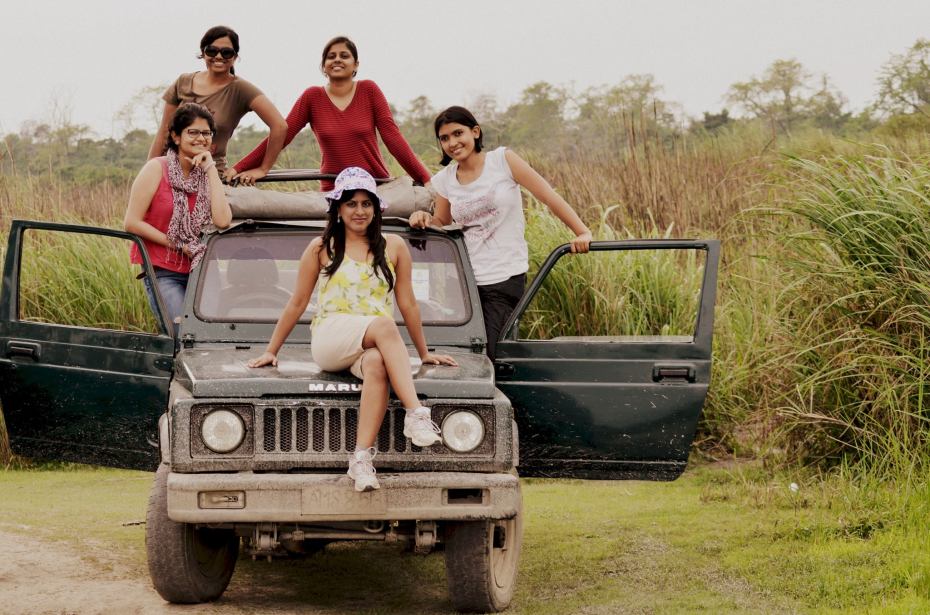 I went on a 10 day road trip to Meghalaya with my friends. We stayed in Cottages, tents, walked on root bridges, viewed many a waterfall, stayed in a valley with animals(horse, rabbit, cats). I had the time of my life. We were 5 girls and we hired a driver to maneuver the car. I confess I had lied to my parents that I stayed at my friend’s Uncle’s government quarters and they hired a government driver. This appeased my parents and my safety was their primary concern. I got caught when they saw my pictures as my sister was browsing them and found out I stayed in unconventional locations  like mountain valleys 😛

Ahoy! I am abroad

My parents like any other Indian parents wanted to travel only after my sister and I finished school. When my sister joined college I was in my final year preparing for placements. I started working and there was still no impetus from their side to plan a trip abroad. I pushed them to get their passports and gave them a deadline of December to book tickets. After I wheedled and pressurized them they went to a travel agency and booked a 2 week trip to Malaysia and Singapore. The money? you ask , my dad had saved it up right from start of his career as it was his dream to travel abroad too.

I was very proud of my parents for this as when they mentioned that they were travelling to people in our hometown most of them discouraged them saying that they were wasting money travelling and not on their daughter’s wedding and that if they had this money they would buy gold for their daughters for their marriage. My parents brushed aside those comments and we went ahead with our trip.

We were all very happy to have visited Malaysia and Singapore. It eased their apprehensions about foreign countries and also assured them that it is very safe abroad unlike places in India.

My business trip and Euro Tour

Never did I think I would get an opportunity to visit Amsterdam ! My boss made it happen when he thought I was the right person for the job 😀 . He asked me if I could go there on a business visit. I said yes immediately. My parents were worried but I suggested that they do their much awaited Euro trip this year. I was already going to be there so they made their plans to come to Europe. We had another family vacation a year later after my work visit. They were convinced  by now Europe was a very safe place and it is awesome 😛 !

It was wonderful seeing them play in the snow in Switzerland, taking tram rides in Innsbruck and viewing the scenery in awe in Amsterdam.

An assignment in Amsterdam! Is it for real 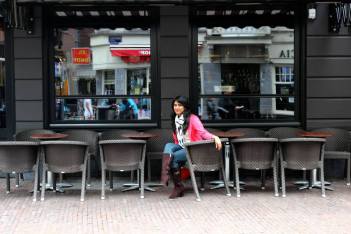 I got a chance to go to Amsterdam for six months to work. Though my mom was reluctant, I agreed to the offer! I had the time of my life in Amsterdam. I visited 10 countries during my work visit. Since I was spending my hard earned money, I had no guilt . And now that my parents know how Europe is a safe place to be in, they are less. worried. Also I never cribbed to them about my inconveniences and was women enough to convince them I am mature and responsible ! 😀

This was my two year long struggle to get my parents in my terms. Recently I told them I am visiting my friends in Amsterdam and flew by myself from Bangalore, stayed for 10 days and came back. They did not panic , they dint not scold me. They finally accepted the fact that their daughter is confident and independent! 😀

I completed  an internship in Brazil and then in London. I recently did a Solo trip to Barcelona!