Maastricht’s carnival is one of the joyous and fun events to visit with friends and family. Dutch sure know how to party!  . The first day of Carnival is six weeks before Easter Sunday. Carnival officially begins on Sunday and lasts three days -Typically February first or second week.Almost everyone dresses in some weird, outlandish, colorful, funky costume that you will feel out of place if you are dressed normally. 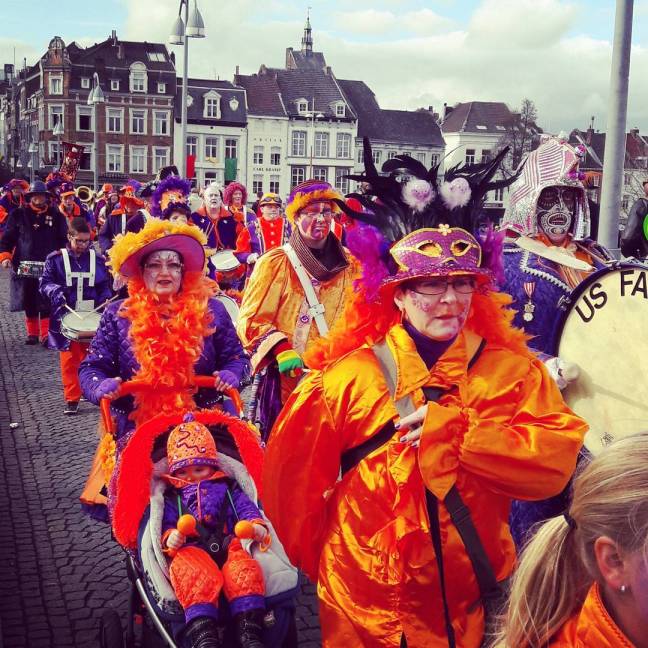 The carnival is a holiday mainly celebrated in the south of the country. For me the carnival looked like the dutch way of celebrating Holi! Streets painted with Color and  people going crazy. You have to be there to experience it ! People go on parades in streets 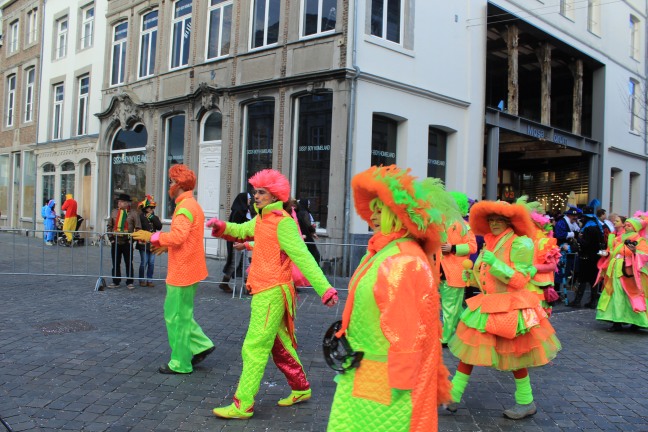 From the time you get on the train you see people sitting in jazzy clothes or smearing glitter and paints on their faces. And when you get down the station of Maastrict  you see a cheerful people dressed animatedly. The crowd will walk acorss the Maas river to the city square and dance there to the live DJs 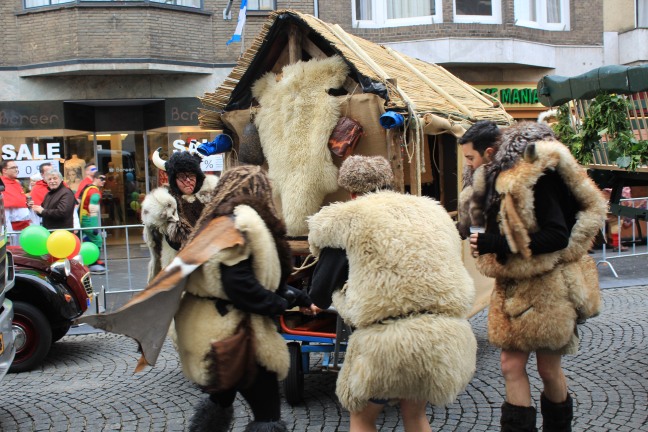 Some families actually spend months preparing for this event. There are not only individual costumes but also teams dressed up to a theme for example… 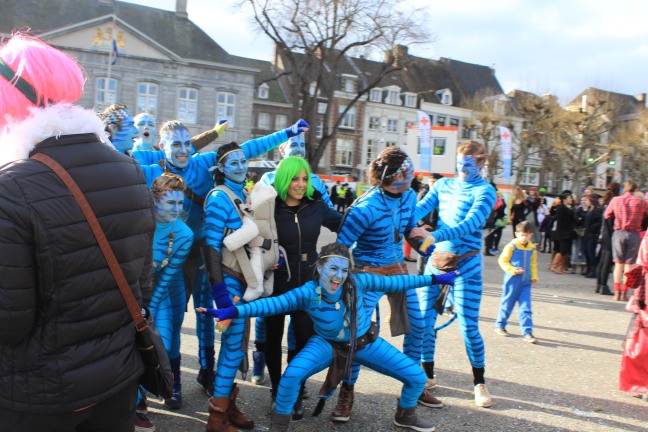 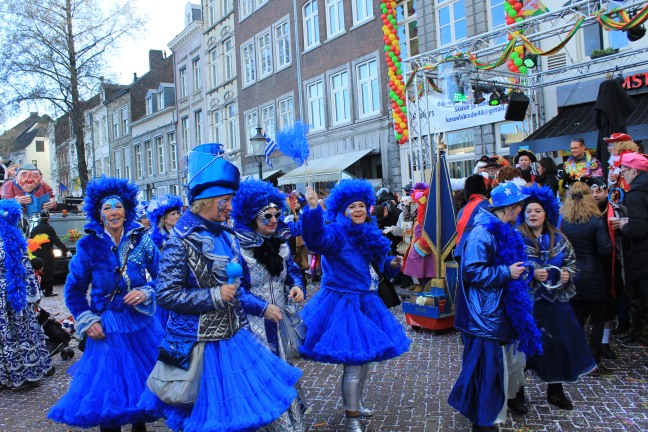 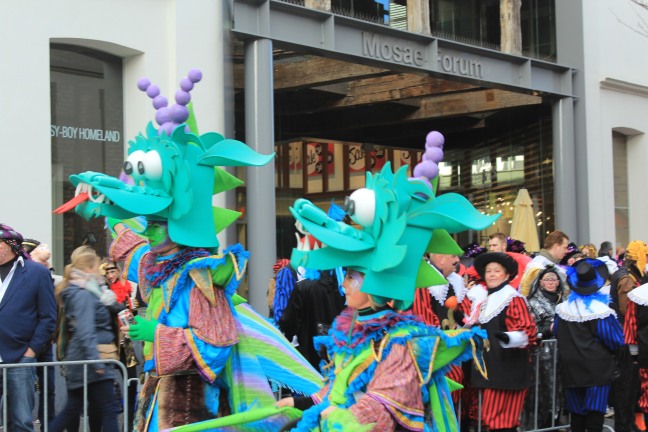 The pack of cards 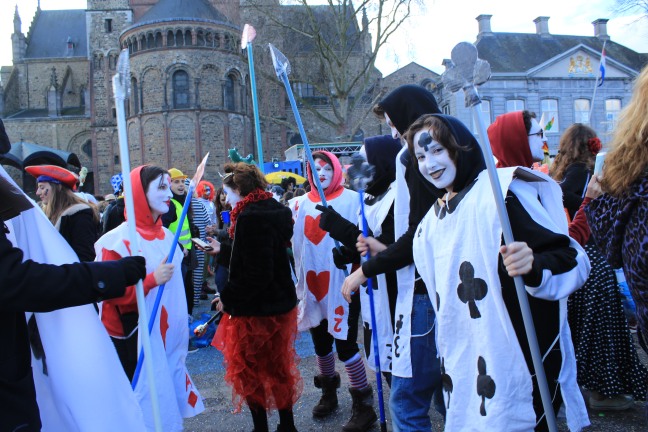 You can see babies and dogs dressed for the carnival. 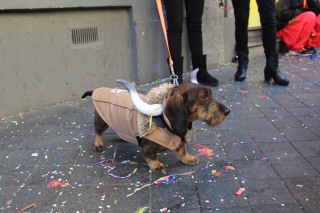 I did not have a carnival costume so I decided to wear my Indian wear –bright yellow and pink which quite went well with the crowd. That was the only time I could wear colorful Indian wear with the Dutch; Other times I feel they dressed in plain dark colors. And as for my friends we improvised what make up had to be done with just my Kajal and pink lipstick. We ended up looking like this 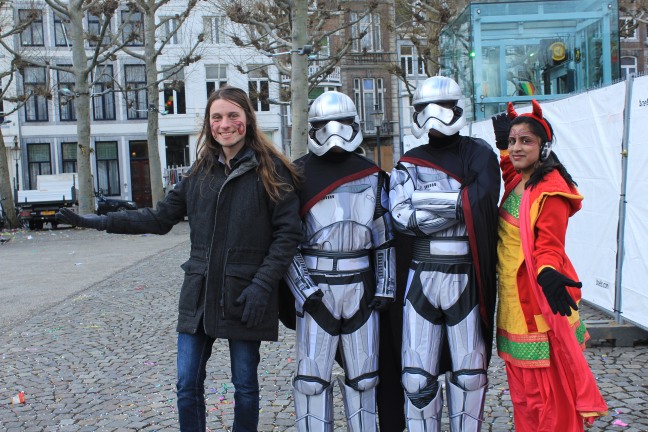 I think we looked pretty good! People did ask us for photos 😛 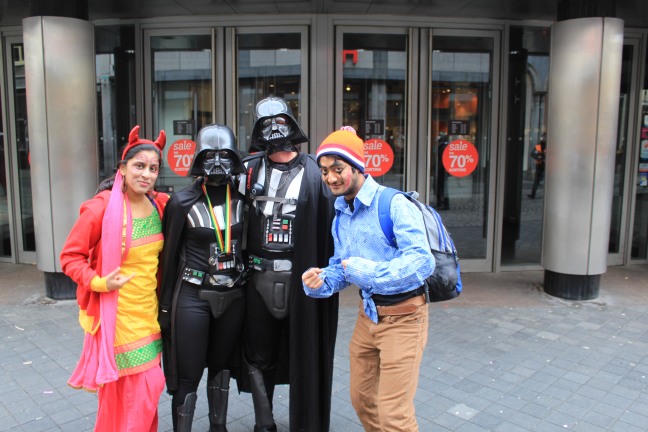 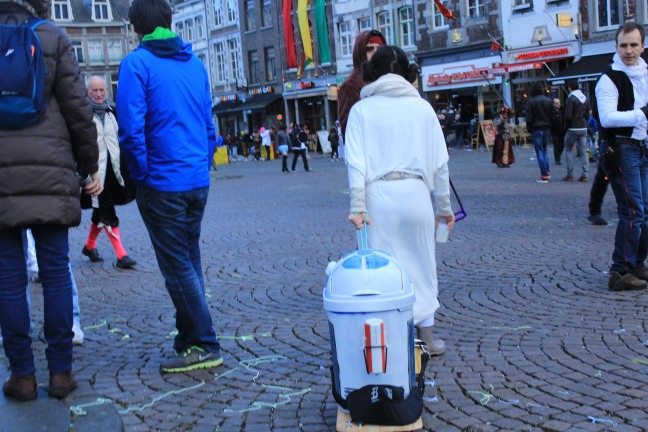 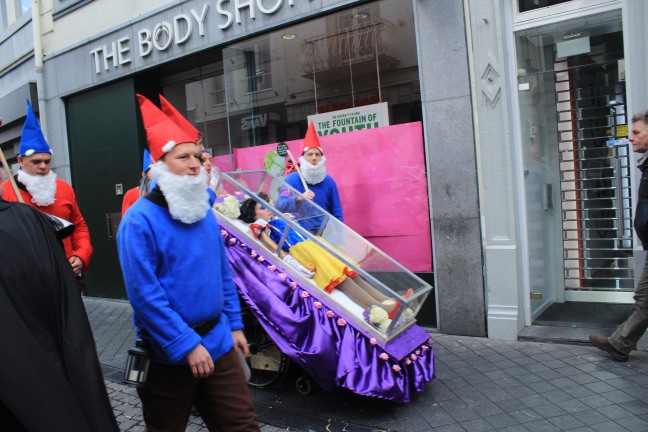 I really loved the concept of dressing as a family. The kids on their cradle are also dressed according to the theme (see pic below- one dressed like a lion and another as a cow) 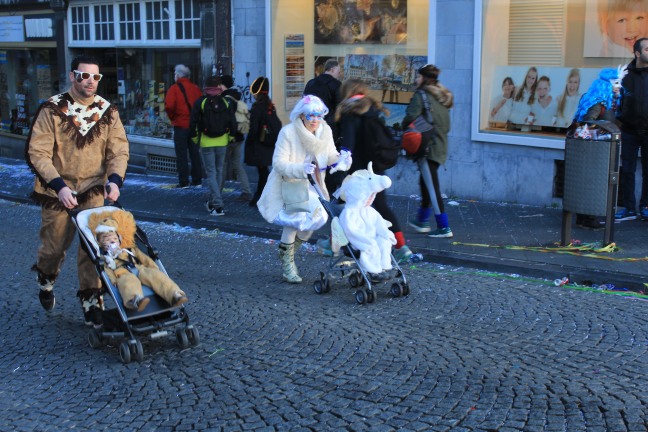 It was a nice sight to see fathers and kids dancing in the square! A place where everyone is crazy you have the guilt free pass lose your mind too! we saw people curled up on roads after they hit their limits 😛 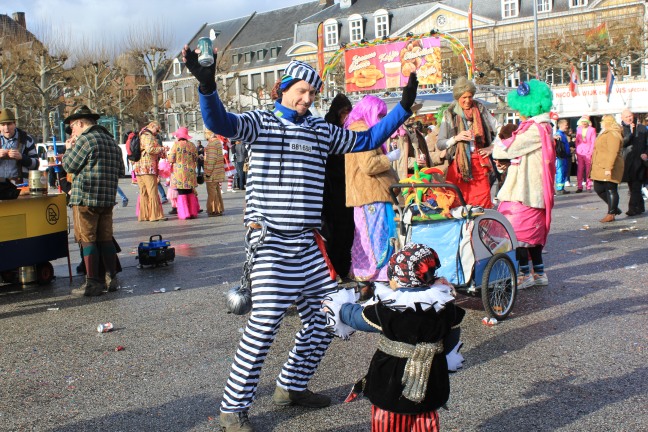 And a man looking like a colourful ostricht. In the same frame you can see a superman kid , green lantern and a minion baby! 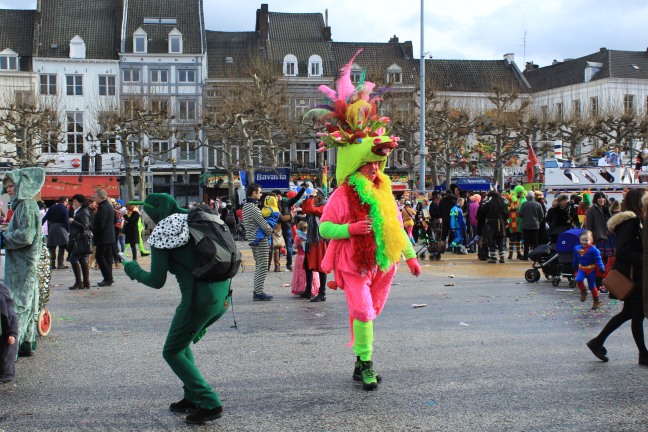 We had a great time and will definitely go the Next time too!

2 thoughts on “Carnival at Maastricht”